Work on the Mt. Werner Road/Steamboat Blvd Roundabout will resume the week of April 18, weather permitting. This is a continuation of the work that began in 2021 and will include the installation of irrigation systems and landscaping. In addition, a new sidewalk will be installed along the north side of Mt. Werner Road to connect Montview Lane with Pine Grove Road.

Motorist should anticipate a closure of one of the downhill (westbound) lanes during the work and a shoulder closure in the area between Montview Lane and Pine Grove Road. Mt. Werner Road will remain open throughout the project and motorists are asked to slow down and use caution when entering the area.

The major roundabout infrastructure project at the intersection of Mt. Werner Road and Steamboat Blvd. had been in the works for decades and opened to traffic on Wednesday, November 10, 2021. It is the largest roundabout (inscribed diameter of over 140 feet) in town and features two lanes westbound (toward US40) and one lane eastbound (headed to the ski mountain) that can be expanded to two lanes in the future when volumes warrant. This is the first roundabout in Steamboat Springs with two-lanes, however is similar to those in communities like Vail and Avon. The roundabout has been appropriately sized to perform well even during Steamboat's busiest winter periods.

The multi-million-dollar project was completed in seven months starting the day after the ski area closed on April 12 and reopening on November 10. Originally, the project called for spanning two summers, but the project team was able to condense this schedule into one construction season mostly because of allowing the contractor to close the entire intersection at the beginning of the project.

Some additional work will be completed in spring 2022 such as installation of a sidewalk link along the north side of Mt. Werner Road between Montview Lane and Pine Grove Road. 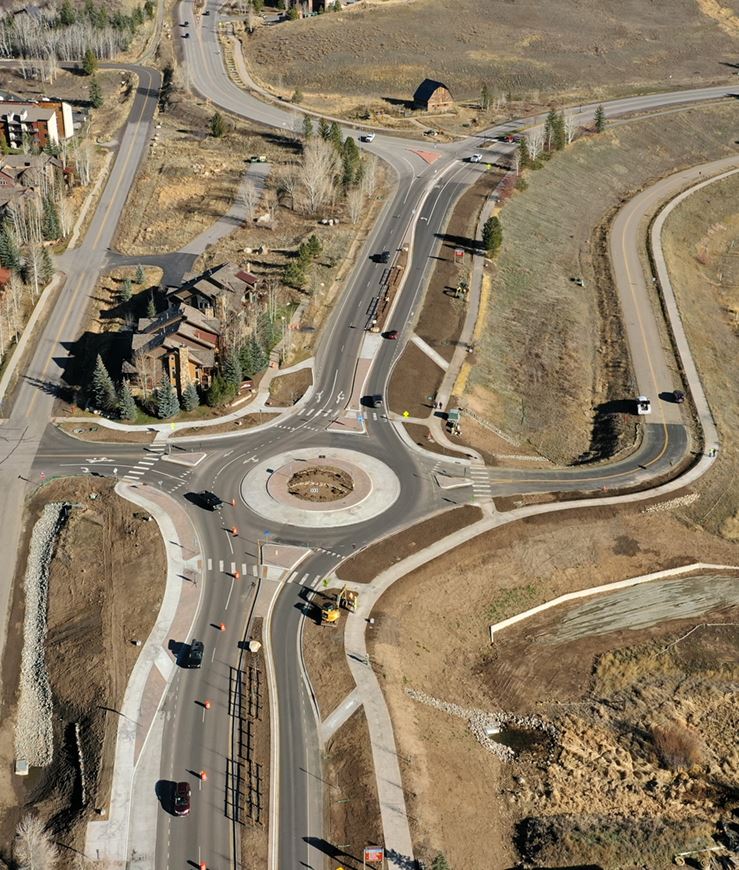