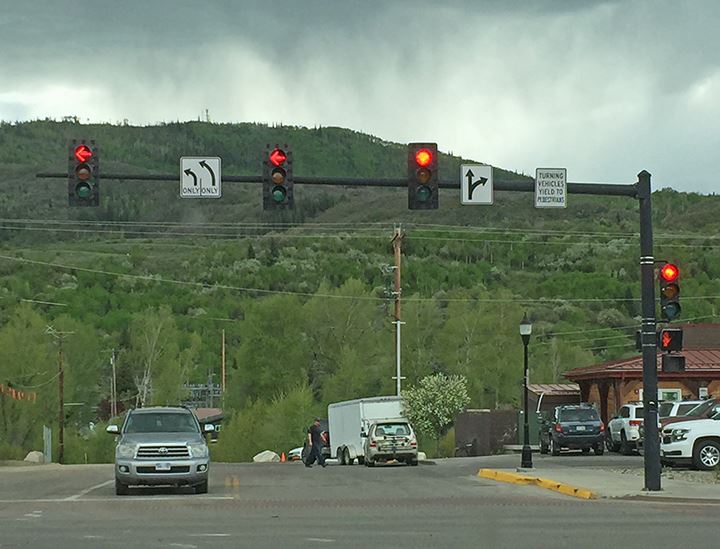 In the summer of 2018 the Colorado Department of Transportation (CDOT) worked on upgraded and retiming of the signals along US40 throughout town. These upgrades include improved computer hardware that run the signals and is in anticipation of signal timing reprogramming along the US40 corridor.

The new hardware does result in some alterations of how the signals operate. Motorists may note some variations to the signal timing that they were accustomed to experiencing.

Some notable changes include a change in how the Pine Grove/US40 intersection left turn arrow works from eastbound US40 onto Pine Grove Road. There is no longer a green arrow before and after the red signal on US40.

In June of 2018, a new signal timing plan was programmed into the entire system. Most notable changes include additional red left turn arrows, the addition of bicycle detection at select intersections, and enhanced vehicle detection.